Reel Estate: Demand for Film and TV studio space at all time high 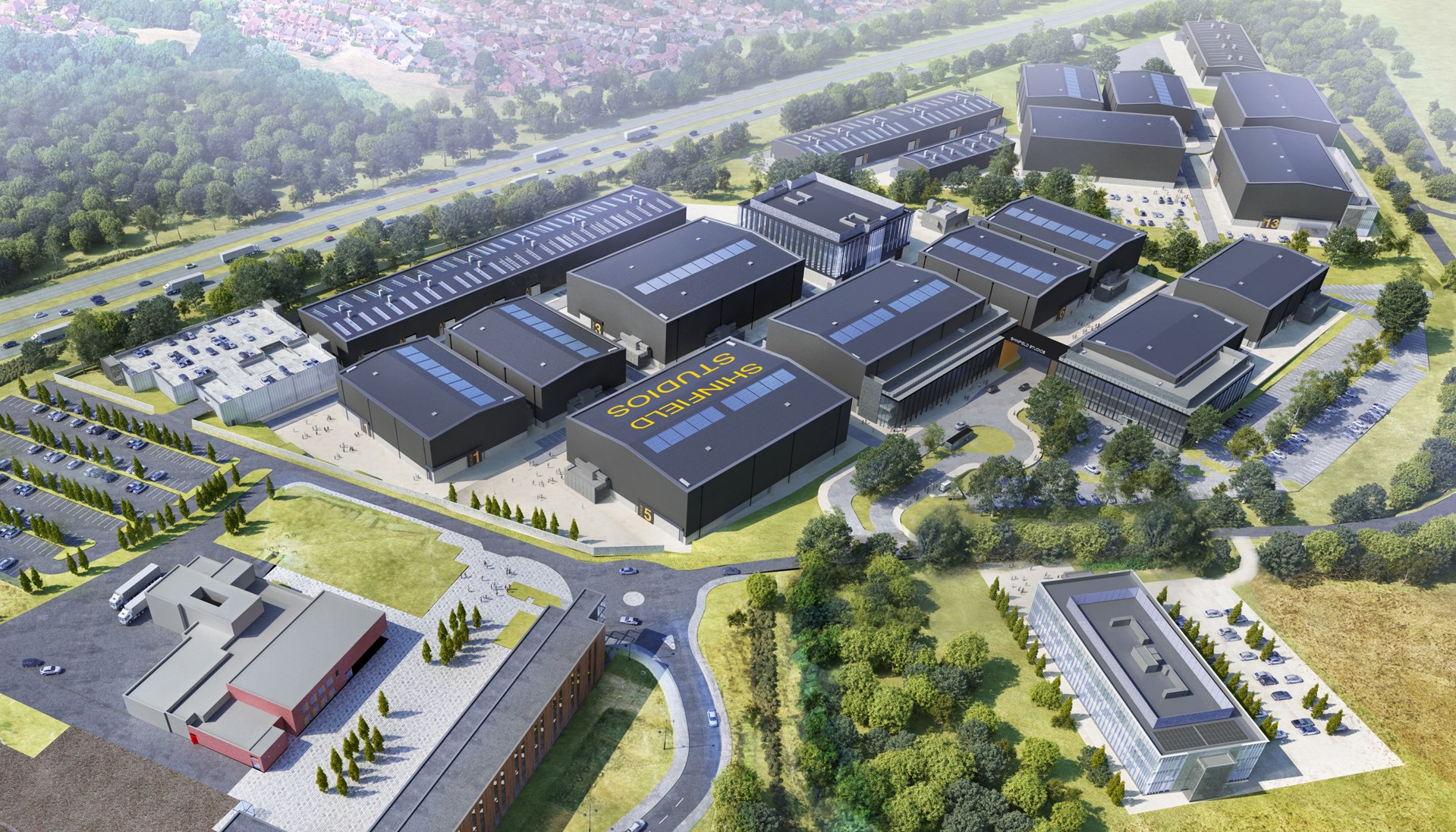 A new report; Reel Estate – Film and TV Studios as an Investment has found that an increased appetite for film and TV content across a growing number of platforms is creating demand for further significant studio capacity in the UK.

The report from JLL, which includes contributions from the British Film Commission, Hoare Lea and Scott Brownrigg, highlights that the demand for new studio capacity, services and facilities has never been greater, with up to 4.5m sq ft of new development under consideration in order to meet it. This is more than double the current amount of permanent stage space in the UK.

The drivers for this increase in demand are a result of the impressive growth trajectory for the UK film and TV industries. Inward Investment film production spend in the UK increased by 30.6% over the five years to financial year 2019/20; with inward investment High-End TV spend increasing by 265.5% in the same time-frame. Most significantly, the sector has the potential to reach £6bn by 2024/25. The report cited that one of the key challenges to ensuring the UK can fully harness this untapped potential is the
need to develop additional studio and stage space capacity across the UK.

The report features our new BREEAM excellent design for Shinfield Studios in Reading as a case study, which once complete, will feature 18 new purpose-built sound stages within a development exceeding 1 million sq ft, together with workshops and a flexible contemporary office environment.

Adrian Wootton OBE, CEO of the British Film Commission said “I believe our industry has the potential to lead, develop, and sustain growth clusters around the UK, driving new revenues across the nations and regions by building sustainable infrastructure and creating highly skilled jobs with long-term careers for literally thousands of people. It’s an incredibly exciting moment, and one we at the British Film Commission are focused on maximising, to ensure studio and stage space capacity in the UK continues to expand, driving the growth and success of the screen.” 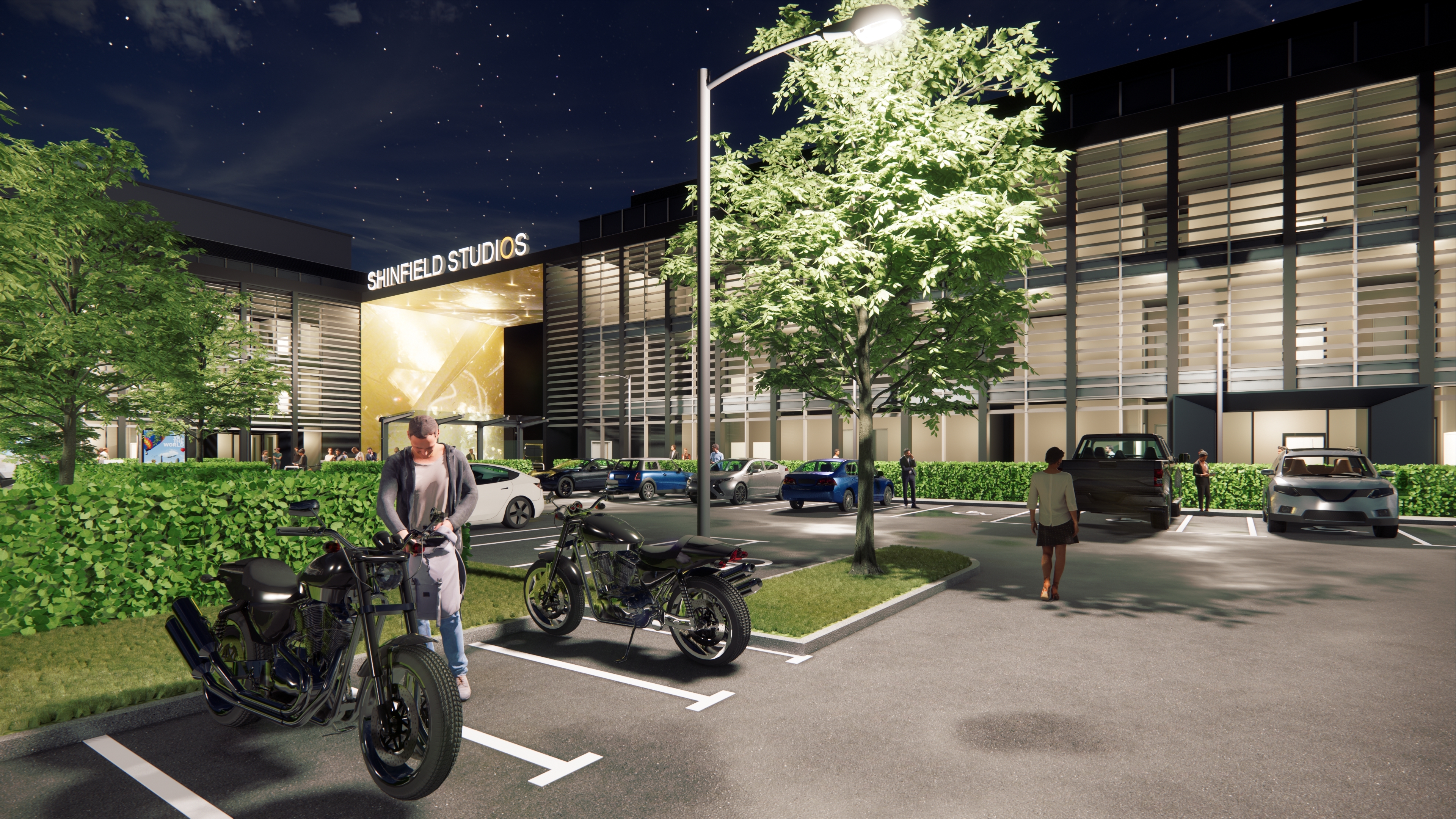 The report highlighted the significant increase in levels of investment planned in the UK, with the major move coming from content producers now prepared to commit to longer term leases on studio space, such as Netflix at Shepperton and Disney at Pinewood. It also pointed to further studio developments that are in the pipeline, including our new BREEAM excellent design for Shinfield Studios in Reading as a case study, which once complete, will feature 18 new purpose-built sound stages within a development exceeding 1 million sq ft, together with workshops and a flexible contemporary office environment.

Barry Jobling, of built environment consultancy Hoare Lea, explained that “film and TV studios need large, secure internal and external spaces to create content. The key building requirements are stages/studios, workshops, and offices. However, like the best film and TV, it’s not just about the main character; there are also huge amounts of ancillary facilities needed both on and off-site. This means flexible solutions can be created, providing investors with freedom and opportunity for development.”

This development is likely to be spread throughout the UK – whilst there is a high concentration of studios on the west side of London, skirting the M25 from Longcross to Leavesdon – studios are being proposed all over the country. In terms of real estate, film studios are specialist operational properties. The studios themselves are constructed to a specialist design representing a form of warehouse with sound attenuated walls, high eaves heights and the ability to suspend large lighting rigs. They are supported by ancillary workshops used for making the film sets, offices for administering, and project managing a production. Making a film on site will therefore occupy a variety of space for a short-term period ranging from a few days for shooting a commercial to 12 months for a major blockbuster film.

Scott Browrnrigg Director Jason Lebidineuse said “looking at the development cycle for Film and TV studios we should be advocating for carefully-thought through, permanent solutions that are flexible and adaptable for the future. Designed with the circular economy in mind, selecting of site, orientation, materials through best practice.”

Michael Davis of JLL concluded “Film and TV studios are becoming much more recognised as an alternative real estate asset, which can be valued as operational or leased properties depending on the licence or lease structures in place. With increased investment in the sector as a whole, the interest in value of the underlying real estate has become much more high profile. It is great to see studios looking
at the bigger picture and being facilitators of change and regeneration around the UK".