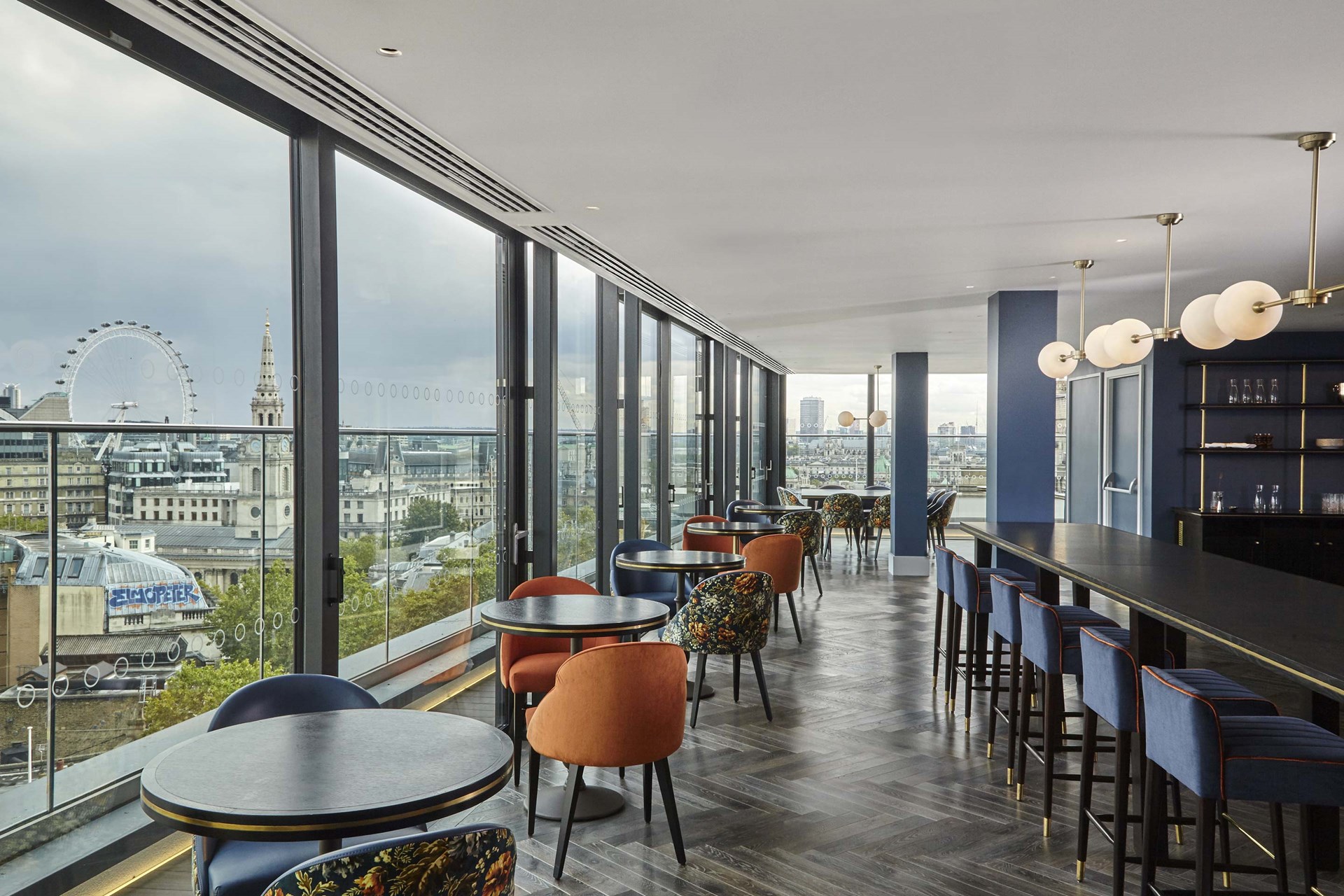 Located in the heart of the West End, the hotel has a ‘Get Up and Go’ mantra, with a design that connects guests to the city. The nearby arts and design college Central St Martins has informed Scott Brownrigg’s design concept with each of the hotel’s 121 rooms inspired by the works of three of the college’s famous alumni designers - Stella McCartney, Gareth Pugh and Alexander McQueen.

Each bedroom references the signature design of one of the three, from the headboard style to the carpet and bathroom tiles. For example, black leather features in the Alexander McQueen based rooms, whilst the Stella McCartney referenced rooms feature the softer feminine tones of her work. The public spaces within the hotel also reference McCartney’s work through the use of pink ascents. The carpet pattern and the fun scale of the bathroom tiles references the bold geometric pattern of Gareth Pugh.

The hotel has four tiers of room – the Snug, Nest, Pad and Den with increasing space created in these rooms.

The efficient design of the hanging rail and clever storage make great use of the cosy sized bedrooms. Two reading lights and a unique pedant, as well as a built in shelf for charging phones/tablets has been incorporated in the rooms.

The bathrooms consist of a monochromatic design with black sanitaryware with a feature brass vanity light and a luxury shower.

Nulty Lighting creates a statement lighting scheme for the bedrooms. Upon arrival the guests are greeted with a fun striking light setting; a feature rod light illuminates the bedroom in pink whilst the bathroom spills out a subtle purple glow creating an impactful arrival. The light changes to a warm white light once the guest puts their key card in the vingcard slot.

The design of the bar took its prompt from the location as the Client requested a take on a Georgian drinking den as captured by the 1764 satirist William Hogarth.

The rooftop uses a Georgian style influence, updated for modern day, with floor to ceiling windows that offers breath-taking views over the London skyline. Whilst internally, offering a modern twist to create a sophisticated and elegant dining and drinking destination.

Rich pinks have been used in the Charlotte Jade flamingo wallpaper in the ladies loo’s, as well as in the wallpaper used to the rear wall in the rooftop which highlights botanical foliage. A nod to travel and exploration of the 18th Century.

The wallpaper to the men’s loo’s and the 10th floor lift lobby was developed by Elegant Clutter and capture London landmarks in a Georgian inspired wallpaper. House of Hackney fabrics have been used on key pieces of furniture throughout the hotel.