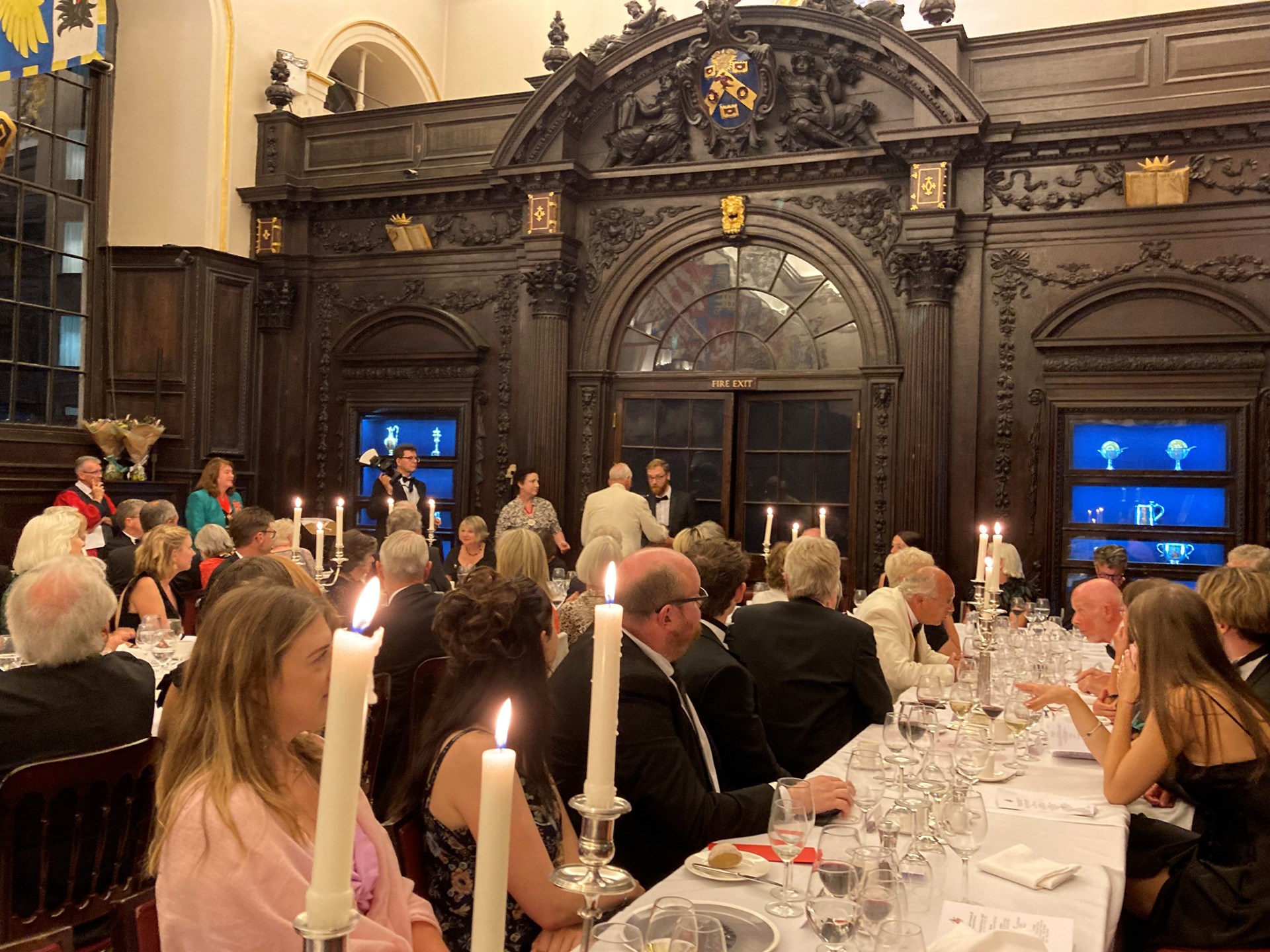 Two of our Architectural Apprentices have been recognised at this year's Worshipful Company of Chartered Architects (WCCA) Architecture Apprentice Awards 2022 that were held on Tuesday 12 July.  Level 6 Apprentice, Steve Jell won the Apprentice of the Year Award in recognition of his excellent performance in the workplace, his outstanding dedication to his academic studies and his commitment to us as his sponsoring employer.  Joanna Koning won the Employee of the Year Award in recognition of her outstanding performance in the workplace and commitment to us as her sponsoring employer.  Unfortunately Joanna was unable to attend the awards, with the award accepted on her behalf by our Practice Director, Helen Taylor, who also became a new liveryman of the WCCA. Amy Allwood, runner up in the awards last year, was invited as a guest and brought along architectural assistant, James Smith. 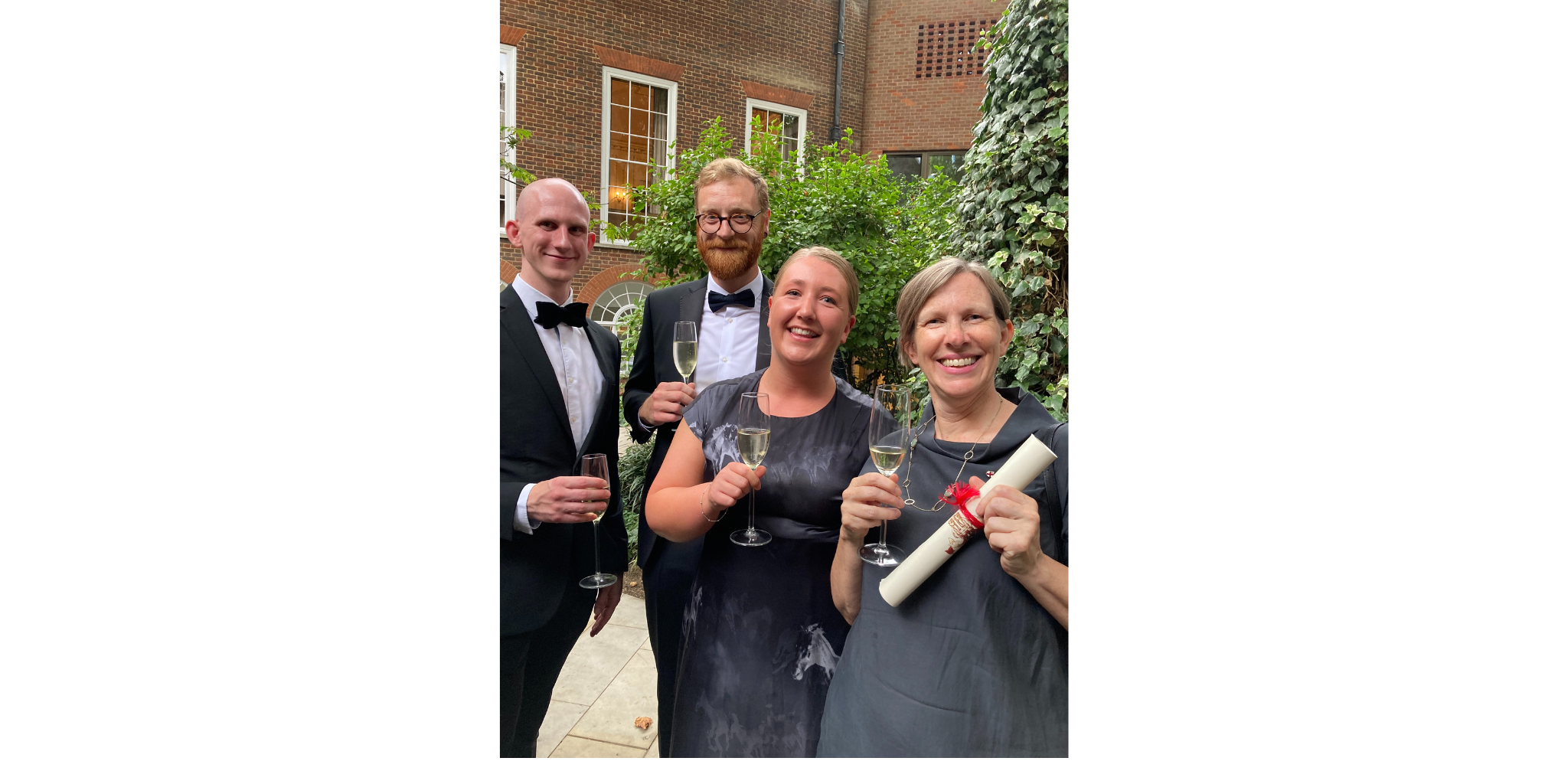 Practice Director, Helen Taylor says “Steve was already a valued member of staff when he became one of our first Level 6 apprentices. As an experienced technician, with a family to support, the apprenticeship route gave him the opportunity to take a step up in his career to qualify as an architect, which we were delighted to support him with. Within his apprenticeship he was one of the first cohort of Level 6 apprentices. He stepped up to make sure communications between academia and apprentices and employers were running effectively and has continued to take on the role of “student rep” in order to assist his fellow apprentices and ensure their voices are heard within the university setting. He has demonstrated his commitment to the profession and the practice through his hard work and dedication- willing to go back to the start of the qualification route in order to achieve his passion. Steve is a model Level 6 apprentice for our next generation and we are delighted to be supporting him in his goal.”

A key member of our Carbon Reductions (Sustainability) group, Steve has independently driven the development of a new embodied carbon tool which will be invaluable in helping the practice work towards achieving zero carbon projects in the future. His initiative and time investment in this initiative - over and above the demands of the apprenticeship has been admirable.

About Joanna, Helen says  “Joanna is exceptionally hard working and is always eager to take on new challenges. She actively looks for opportunities that will give her as wide a range of experience as possible across different stages of a project and across a range of sectors. She always looks for connections between her work at university and in practice.”

At Scott Brownrigg, we are looking at the social value of design and how our work and projects can have a greater positive impact on the environments and communities they inhabit. One of her annual goals is to work with the team to find ways of developing her ideas in this field to benefit both her theoretical and practical work. She also has a wonderful aptitude for hand drawing and sketching to communicate ideas – her sketches are often called for to embellish and enhance presentations. Setting her apart, it’s a unique skill which should be encouraged and developed.”

Joanna has become a valued member of the team and deserves recognition for her commitment, attitude and contribution to delivering design quality in sometimes very challenging, time critical project situations, while also meeting the demands of her academic work. She is easy to manage, and always approaches her work with good humour, even when it gets tough.

The awards were held at the newly refurbished Stationers' Hall in The City, one of the few ancient Livery Halls remaining in the City of London. Completed in 1673 after the Great Fire of London, the Hall's suite of magnificent, inter-linking rooms and secluded garden made this a very special evening. It was the first event to be held in the hall after a period of closure for refurbishment.