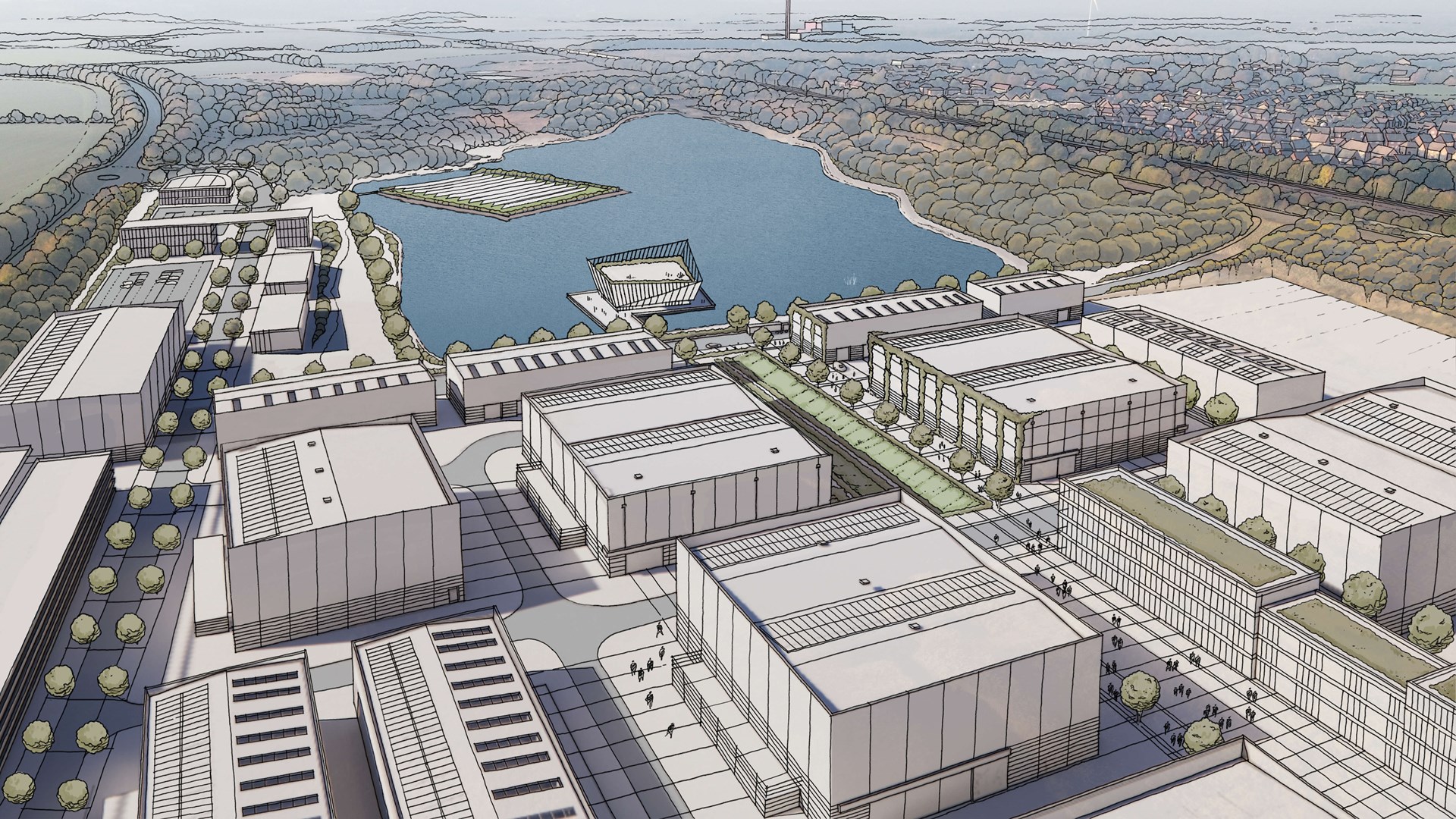 Our masterplan for a new film and television studio campus in central Bedfordshire near Stewartby was unveiled last night, with BBC Look East Evening News covering the first in a series of public consultations. The Home of Production (HOP) development on the former clay mineral quarry, Quest Pit, is anticipated to bring 1,400 jobs to the local area if approved.

HOP Bedfordshire will set a new benchmark for studio facilities in the UK. It will be the first facility designed by producers for producers.  The state-of-the-art film and television campus is designed to be efficient and promote wellbeing for the cast and crew. With flexible studio and production facilities together with on-site accommodation, amenities and a re-wilded water body and canal.

A transport hub will connect the site to the local bus network with an arrival point for cyclists, pedestrians and coaches.

The former clay mineral quarry includes access tracks and flooded extraction bowls, with parts of the site up to 12 metres below natural ground level. The masterplan addresses this by placing a 70 acre platform 4 metres above the water level where four main production areas will be sited. The design places large-scale buildings down into the valley base, significantly reducing the visual impact of the development to the surrounding flat landscape across Bedfordshire.

The original application by the London Brick Company to extract clay from the area was approved in 1946 as part of the post-World War II recovery effort. Workings have taken place since then by various companies within the London Brick Group, which was taken over by Hanson in the mid-1980s. Several of the former brickworks such as Kempston Hardwick Brickworks and Stewartby Brickwork closed in the 1980s and in 2008 respectively, leaving redundant brownfield sites, which are now all subject to large-scale residential development as new village communities.

At the height of production, Stewartby Brickworks was the world’s largest brickworks, producing 500 million bricks a year and employing 2,000 employees.

Quest Pit opened in 1983 and was the last active brick pit in Bedfordshire, extracting Oxford Clay. Operations ceased in 2008. Following the public consultations, a hybrid planning application for its redevelopment will be submitted later this Summer, with a phased construction programme starting next year.

Head of Masterplanning Bruce Calton said of the project:  “This complex brief, across an intriguing site combines landscape, water and a highly functional film and television campus masterplan.  It has been a rewarding experience creating such a unique setting for the home of production within the UK.” 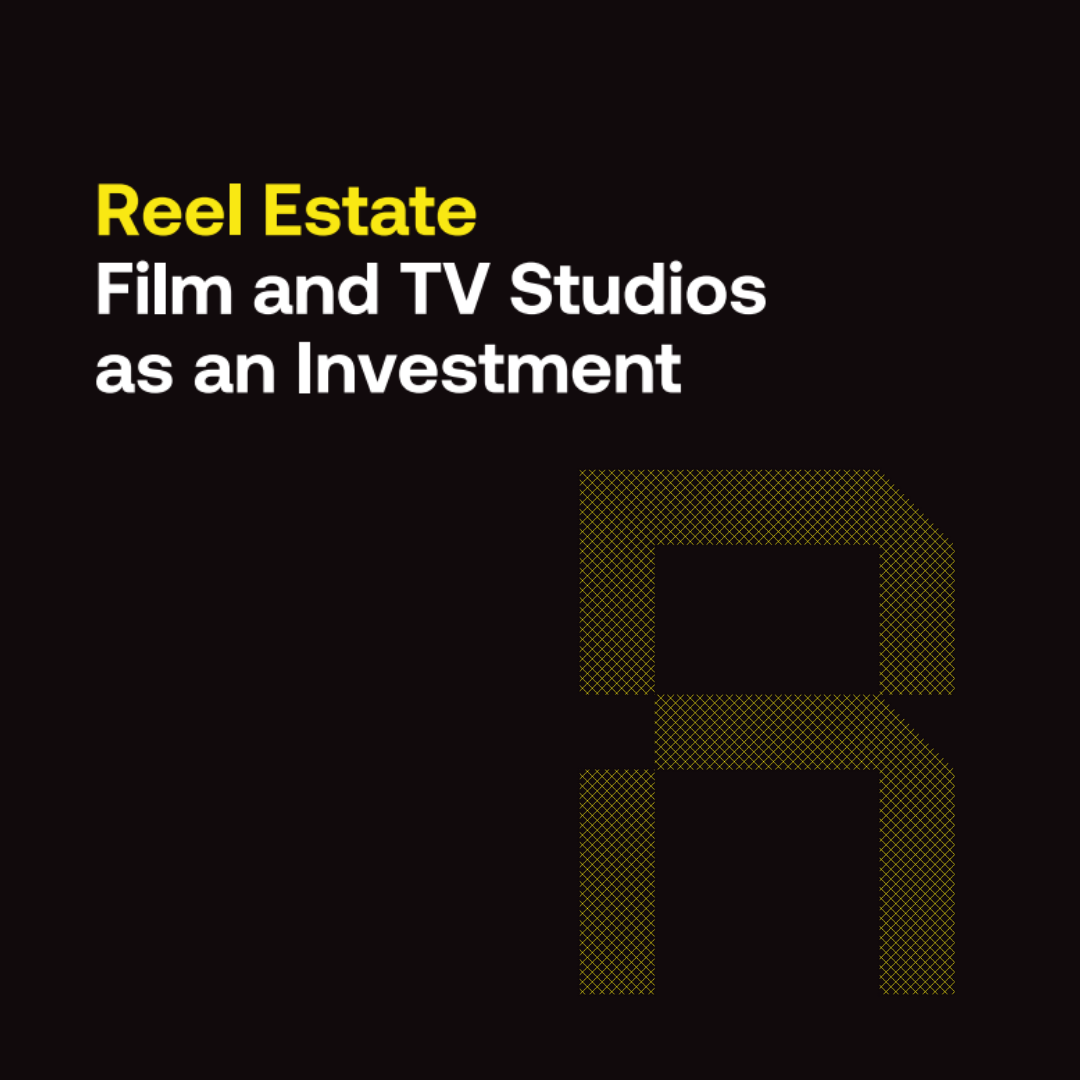 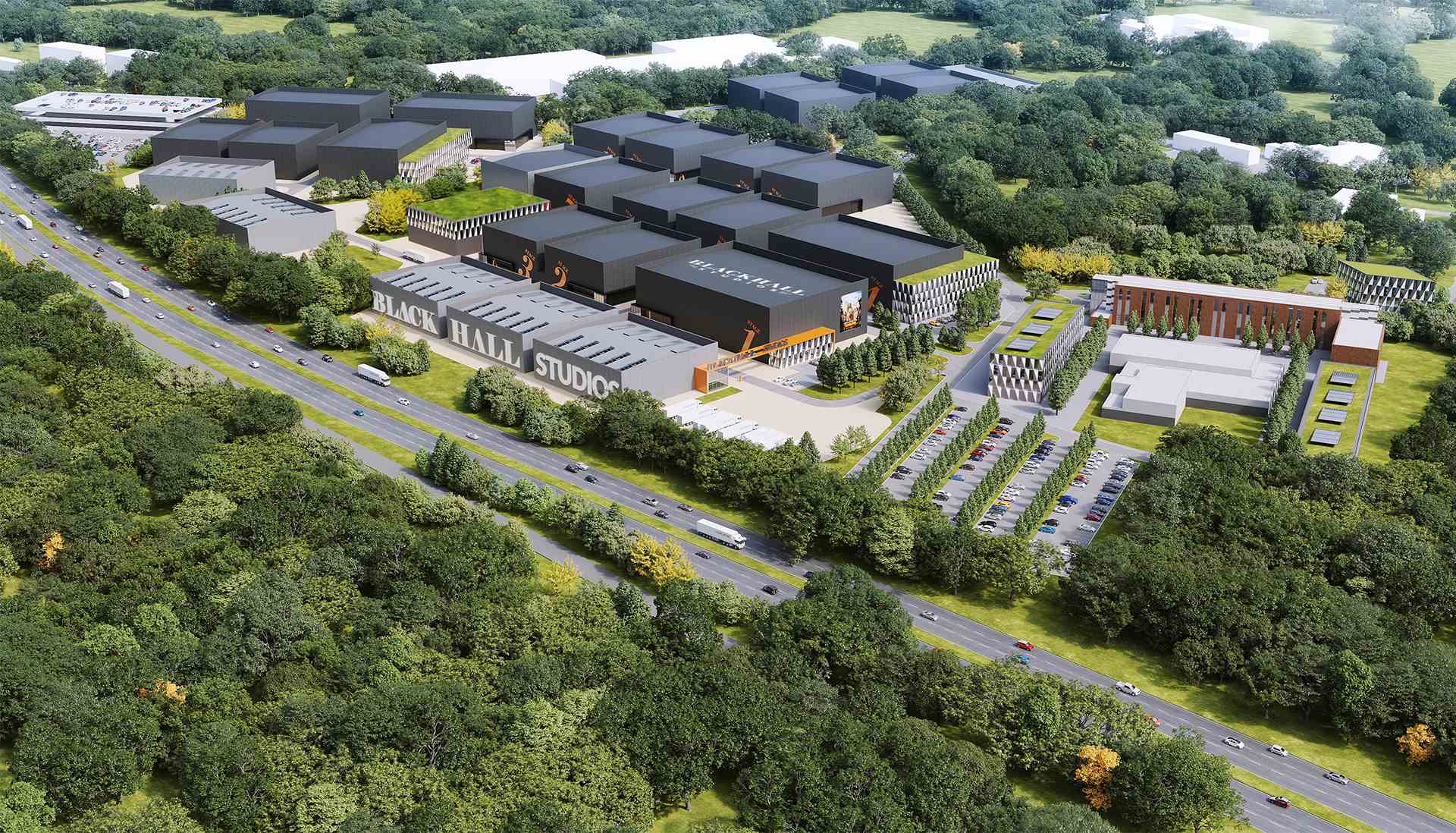 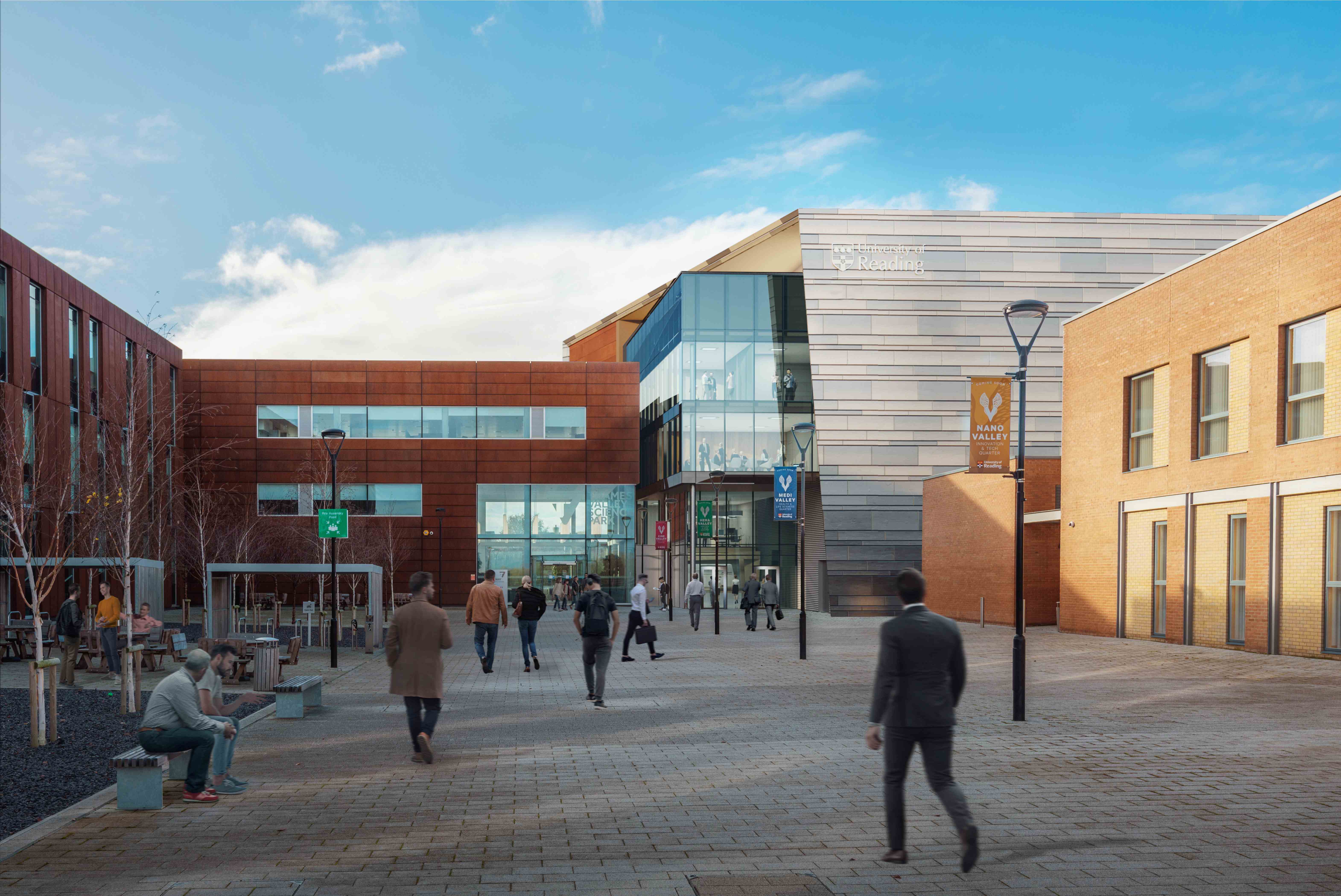